Leaving Melbourne in mid-May last year, I arrived in Rome 24 hours later and it was 25 degrees!! What a great start! As everyone knows, Rome is the home of so many iconic landmarks and in 5 days I did them all – the Trevi fountain and the Spanish steps were easy because of their proximity to my accommodation. Others proved more challenging but were worth the effort, like retracing the steps of my walking tour past the Pantheon just to sit in the Piazza Navona sipping a Bellini watching the world go past. The wonderful day I spent climbing the Spanish steps and wandering along the road at the top before descending down into the Piazza Popolo and through the streets to find some place for lunch. And I really still can’t get over the fact that on my last night I ran into Kirk Pengilly from INXS, with his wife Layne Beachley!

Next we went from Rome by train to Naples and onto Sorrento, where the views are just breathtaking. Close by is Pompeii and the lesser known Herculaneum, where the simple lives of those villagers were frozen in time by the devastating eruption. No trip to the Amalfi Coast would be complete without the drive along the coast road. Breathtaking views of the ocean and each town has its own characteristics and specialities, especially of the limoncello variety! I have never seen lemons that big!

Back to Naples for the train via Rome to Florence. Florence, being the capital of Tuscany, was somewhere I had visited previously, so on this trip I decided to stay in the Tuscan countryside in a small medieval village called Vicopisano. Changing trains in Florence, the local train took me to Pontederra, the closest station to Vicopisano. I was met at the station by Jon, an expat Aussie who has lived in Vicopisano for several years and is co-owner of Villa Lenzi Bed & Breakfast with Massimo Lenzi. Massimo was born in Vicopisano. The five days I spent in Tuscany were absolutely amazing. A different experience every day, beginning with a walking tour of the village, complete with introductions to the local shop keepers. Village life is definitely at a slower pace and it was here that I really got the feeling that Italians know how to live!!

I became very fond of the aperitif time in the village, sitting at a table on the street, sipping Aperol and talking over each day’s adventure and planning the next one. We spent one day in Pisa, the leaning tower and the Basilica, another in Lucca, a beautiful medieval-walled city where you can ride a bike or walk along the top of the wall, another in Florence, where I saw this historically important city in a new light, with the expertise of Jon. And another day in Siena, the home of the Paleo horse race, initiated in medieval times and still a highlight each year, this time with Massimo, whose knowledge of the history of Italy is phenomenal. The evenings were spent in the charming restaurants of the village where you could dine casually and call into the Gelateria to get a gelati to enjoy on the walk back to Lenzis B & B or a little more up-market if you prefer.

Which leads me to the food. Before I left home I vowed I would not eat pasta everyday – however I couldn’t help it – every city / town had a different speciality and I had to try them!! And I have never eaten so much gelati, all made with fresh local ingredients, just delicious.

The highlight of my time in Vicopisano was being able to attend the Fiesta of the Snails on the last night there. Held in the village communal garden, there were rows of tables and chairs and for a little over EUR20.00. I feasted on home made pasta and sauce, barbecue, salad, bread, dessert and a bottle of Chianti. All prepared and cooked by the local women and served up by their husbands! A great opportunity to mix with the locals. In the summer months, each village will have a different fiesta, offering up their speciality dishes. All the proceeds went to the Tower Restoration Project in the village. It was difficult to leave Vicopisano the next morning, my time there was absolutely fabulous but it was time to move on to Venice.

I had been to Venice previously and enjoyed the city, getting hopelessly lost and did the same thing last year. Arriving by train, it was only five minute’s walk to the hotel, right on the Grand Canal. An old building but with the benefit of its own dock and a wonderful outdoor bar and restaurant, where you could sit and watch life on the grand canal. And I did see the ambulances and firemen in a boat! We enjoyed a gondola ride, St Mark’s Square and the Island of Murano, all the typical tourist activities, but getting lost in Venice takes you through amazing cobbled streets and over the dozens of bridges that Venice is renowned for, to historical churches, unique shops, quaint trattorias and more gelati bars.

It was time to leave Italy and the boat transfer to the airport picked me up from the hotel dock. Being able to fly home from Venice rather than back-tracking to Rome enabled a fantastic view of Venice from the air – the grand canal, the port and all the islands in the lagoon were clearly visible. Next, short stop was Dubai! A few night’s stopover in Dubai broke the journey home and allowed me to see a little of this  spectacular modern city. As much as Dubai is a very modern city, it is the old Dubai, the creek and the Souks that held my interest. It is a relatively new country and as such has the good fortune of having its brief history well documented in the Dubai Museum. High tea at the Burj Al Arab was just sumptuous and the views sensational – a great way to end this fabulous holiday.

This was Janet’s travel experience of Italy. 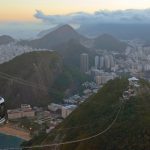 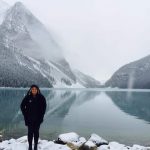